But there is also another model called Chief-Programmer model and the formula to calculate the number of communication channels is a little different, I searched in Google and all I found was this: http://marlenejordan.tripod.com/Teams_Tools2.html but it doesn't have the formula either. My guess is if there are n people we take out the one person as chief programmer and then apply the same formula ? But I am not sure. Does anyone know this?

communication communication-management
Share
Improve this question
asked May 11 '15 at 22:40

Ego-less team have no leader. All decisions in it are making through discussion and with consensus.

So, there are n(n-1)/2 total amount of communication path in the team. 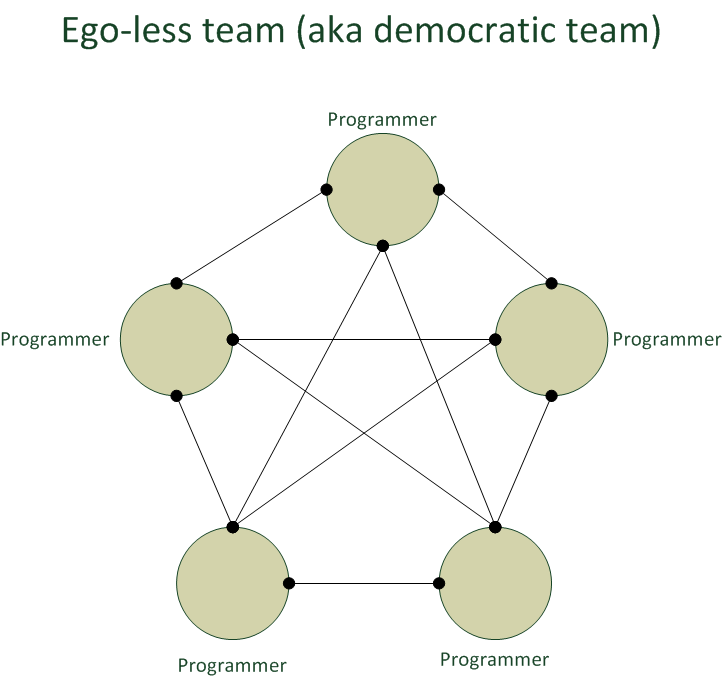 Chief-programmer team, obviously, have a leader (named chief programmer). He make all decisions.

So, there are n-1 total amount of communication path in this structure. 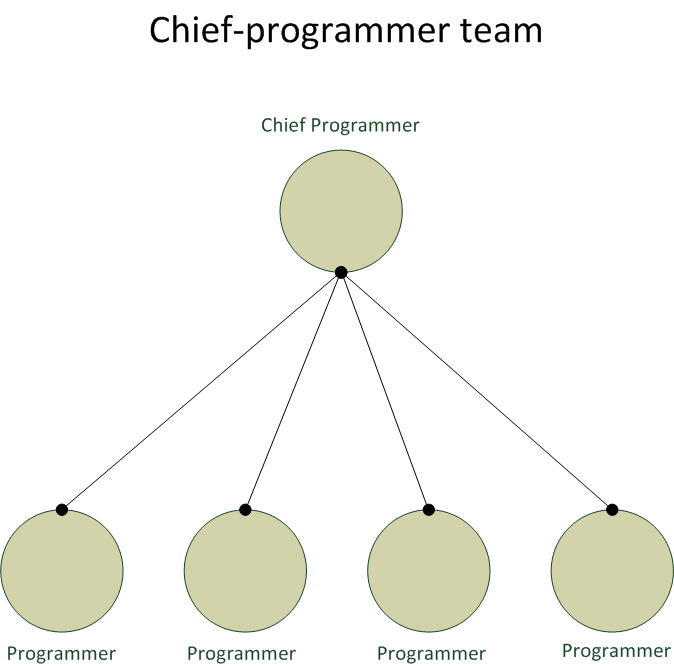 The last Controlled decentralized team is combination of Ego-less team and Chief-programmer team.

This is description of this structure form "An Integrated Approach to Software Engineering" (1st edition):

For symmetrical structure like on the picture below (all sub teams have equal number of junior programmers) number of communication interfaces are:

So, there are x*(1+(x+y)+y*y)/2 total amount of communication path in this structure. 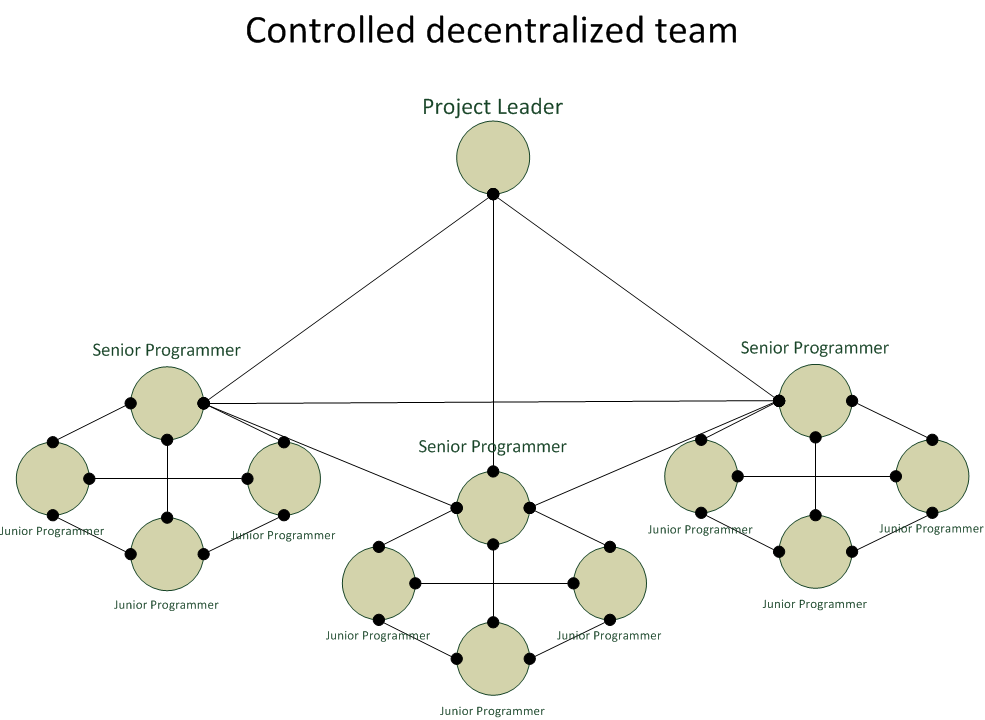 The number of communication channels in the Chief-Programmer model is theoretically n-1 because it assumes that everyone communicates with the central chief-programmer role and he delegates work out and that no communication needs to happen between the other roles.

Not the answer you're looking for? Browse other questions tagged communication communication-management or ask your own question.

16
Number of people in a team that need to communicate with the client?
4
How to work with a team member with a severe tic?
3
Organizing communication in project
10
How to improve communication skills of a team?
13
What does person-month mean in development time?
4
PM communication model
1
Does a Project Manager need to be included in all forms of communication?
11
Quicker Retrospectives? They are taking longer and are less effective now we are working from home because of COVID
1
I'm a freelancer PM working with a remote client- I was hoping someone had some communication management advice