How to manage very small, easy tasks in Agile?

Let's say you have a bug on your website. Your developer needs to fix some CSS or something. He estimates it will take him one minute to fix.

What is the best way to manage these kinds of tasks? Do you create a User Story for it and create a task for it? The task is so tiny and minuscule that it's actually more work to create stories and tasks for it than to actually do it. This seems very inefficient, even though it's important to track and manage development of small fixes.

How do you best deal with small, one-off tasks that don't take long to accomplish?

Even when the change is apparently minor, it can have ramifications. The "one-minute fix" to some CSS class might impact the user interface (UI) on some other page the developer isn't thinking about, or might break important regression tests. This is the very definition of cowboy coding.

More importantly, bypassing the agreed-upon workflow is a recipe for lost productivity, allowing invisible work acting as a drag on the project and reducing overall product quality. "Just this once" creates technical debt, but a culture of "just this once" will eventually break your process. Don't allow that to happen.

No Invisible Work, Ever

Lets say you have a bug on your website. Your developer needs to fix some CSS or something. He estimates it will take him 1 minute to fix.

Your developer is wrong. It may or may not be as easy to fix as he thinks—developers have been known to underestimate tasks, especially if they aren't thinking about how "minor" changes might impact other things in the system—but any task carries real-world overhead such as:

Perhaps most importantly, unplanned work should never be added to the current Sprint. Some teams handle this by reserving capacity for unplanned work or by having a generic "minor bugs" story, but the best practice is to ensure that all non-critical bugs are prioritized by the Product Owner in a future Sprint.

Tiny stories might be assigned story-point sizes of 0 or 1/2, or they might be lumped together with other minor bugs. I'm a fan of lumping rather than zero-point stories, for the simple reason that no work is ever really "free" and the cost of a dozen zero-point stories is most definitely not zero.

If you use the lumping technique, your next Sprint might include "fix outstanding CSS bugs logged in Jira" as a Product Backlog Item (PBI) sized according to the number and complexity of the bugs and the related overhead of testing them. Unless cowboy coding is a project goal, even "minor" changes should go through the same development/testing pipeline as any other change to maintain product quality and avoid technical debt.

Stuff like that should be in the working agreement of the team. There is no right answer on how to handle the situation but there are pros/cons of creating the story/defect and/or underlying task.

Pros: Creates visibility for the rest of the team Leaves an artifact that the work was done

As a general rule of thumb:

The less mature the team is, the better it is to get them to create artifacts for all the work they do, whether its 5 minutes or 5 days. This helps create discipline and drive transparency as the team forms.

The more mature the team is the more acceptable it becomes to let pieces of work that are only a few minutes go under the radar. The team may have a working agreement that any work less than X minutes doesn't require a card. Mature teams should have the ability to communicate and retrospect on these items (if they start occurring frequently enough to warrant concern) without needing an artifact to reference in every instane.

So it really depends on the problems you are trying to solve with having the work explicitly tracked or not.

Most teams I've worked with create a card and give them a size of 0, mostly for reference/logging purposes.

I would create a card for it during the stand-up meeting and estimate it with the team. If its really 1 minute and it won't disturb the focus of the iteration do it, but don't disturb developers for it while they are working on something else. This also makes 'extra' work visible, this could be used later during the retrospective when Sprint goals are not met, certainly when its a lot of small changes.

If you have a lot of similar trivial changes I would group them into a somewhat larger one for the next iteration. Question yourself do we really need it now? Because what might look like a small change, can be somewhat bigger when the developer actually starts on it. Make sure its time-boxed and postponed if it does take longer.

Keep in mind that small changes could have enormous impact on other disciplines in the SDLC. Simple example could be that a lot of automated tests need updating, or translations need to be applied. Read more about impact of small 5 minute code changes at Microsoft: https://blogs.msdn.microsoft.com/ericlippert/2003/10/28/how-many-microsoft-employees-does-it-take-to-change-a-lightbulb/

Create a Ticket for it, gives visibility to the rest of the team and it also means it can go into the backlog - there is no guarantee that the developer who estimated it only taking a minute will fix that issue there and then - so there needs to be some record of it - otherwise it might get forgotten again.

I don't know if this helps but I manage agile and waterfall projects in my organisation. We deal with bugs separately. So if a bug is detected, it is raised in Inflectra Spira by the tester. It is not added back into the user story it is simply treated as a separate bug that needs to be fixed. All developers have some contingency built in to fix bugs. Bugs are part of the development and should not in my opinion be factored in as additional user stories in Scrum or Agile project management. Otherwise the project will overrun.

Is visibility required by other disciplines/individuals?

Keep it simple. Don't over solve a problem. Don't process for the sake of process. 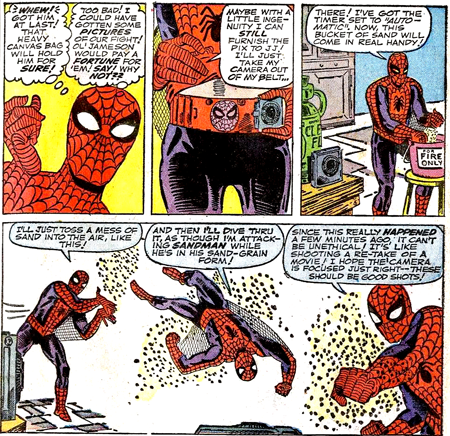 and do it as part of business as usual.

6
How to decide if a "quick, small change" should be implemented?
0
What could be potential harm of giving points to chores or technical debts?

15
How to use Kanban with small tasks?
6
Tracking points spent on bugs during sprint
4
How could Agile methodologies be used with a middle school Lego Robotics team?
1
Can QA test in-progress tasks? How are bugs reported for incomplete stories?
3
How can these problems with agile be solved?
2
Small development team with big amount of tasks for different projects - how to?
5
How to deal with clients' resistance to smaller deliveries?
3
Questions about moving from JIRA to VSTS Agile
4
How should large non-reducable tasks be handled in Scrum?
4
Small team with diverse tasks and little overlap - which methodology?