So I am trying to create an Activity on an Arrow diagram for the below table and I am having trouble grasping the whole concept I am currently in Visio trying to do it myself any input or help would be appreciated! 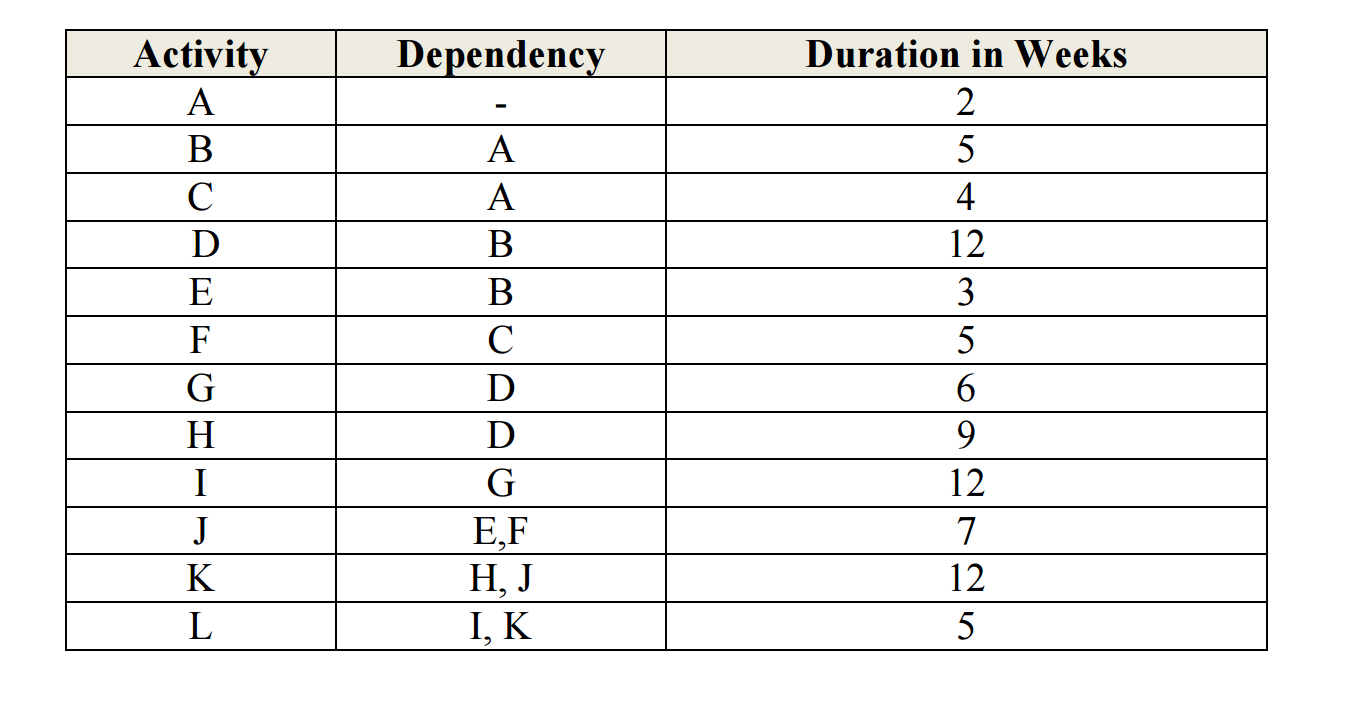 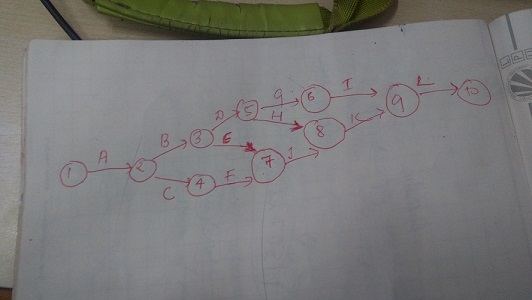 This is the activity on Arrow diagram for the above WBS

Simply repeat the above process as you move from C to L. 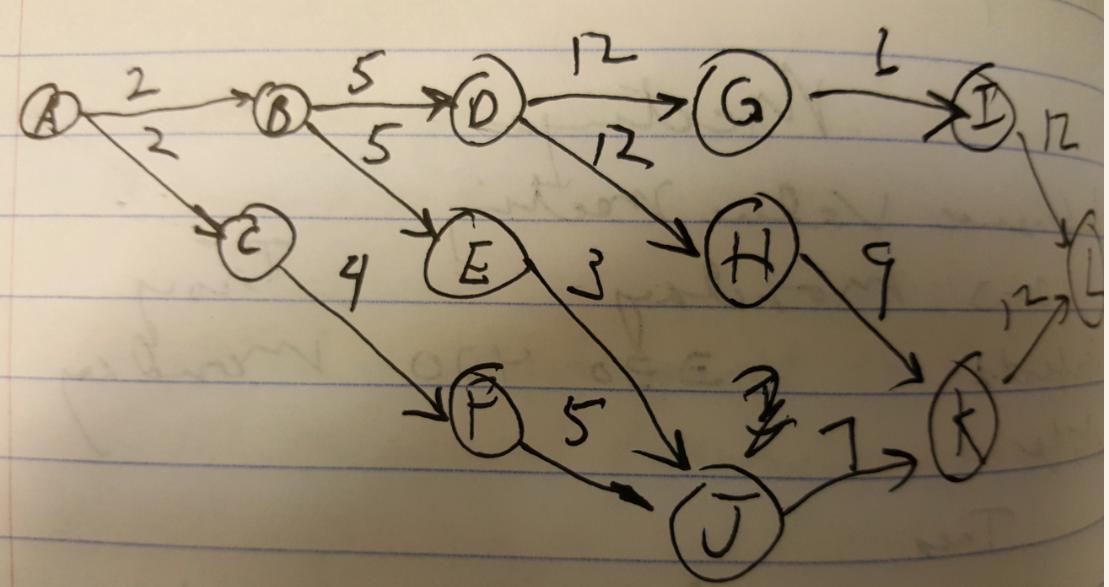 Now, I put letters in the node itself, which is not technically correct. The arrow itself is the work; the node signifies start and stop.

According to Arrow diagramming method and your source information: 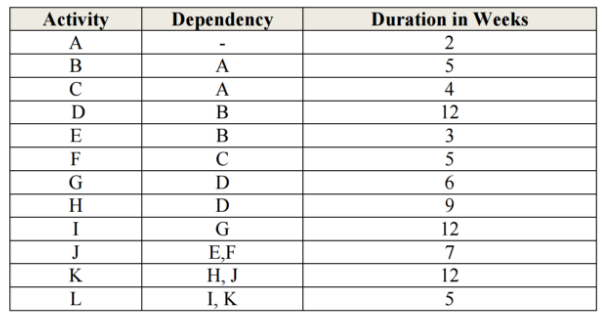 Not the answer you're looking for? Browse other questions tagged work-breakdown-structure or ask your own question.