When does a Scrum Team assign story points to the stories in the Scrum methodology?

I am in the process of learning Scrum. I got stuck with a question: on which stage does the Scrum Team assign story points to the user stories?

The only certain answer is: sometime before the story is added into the sprint. After that the story point estimate doesn't add much value.

However, every Scrum team I've worked with so far has used Extreme Programming practices alongside scrum.

This blog on scrum.org has a pretty good explanation:

While the blog seems to imply that XP wants you to play Planning Poker each Sprint Planning, the XP rules don't talk about Planning Poker at all. They do describe making a time estimate at the moment a User Story is written.

There are no strict rules. Feel free to chose what works best for your team. In my personal experience, it works best to assign story points when creating the backlog, and reviewing them at the start of each sprint.

A story point number is the outcome of an estimation of a user story, so story points are assigned when the team estimates the stories.

The latest point in time where estimation can/should be done is when a story is being considered for inclusion in the current or upcoming sprint. This is normally during the planning session.

A more common point to do the estimation is during a backlog refinement session once the team feels that the story is clear enough and small enough that they can start working on it and complete the story within one sprint.

This answer is structured in the following way:

The following image, taken from How to Kill the Scrum Monster: Quick Start to Agile Scrum Methodology and the Scrum Master Role shows an example of a meeting cycle for a two-week Sprint (Of course, all those meetings are not set in stone and can be adjusted based on need): 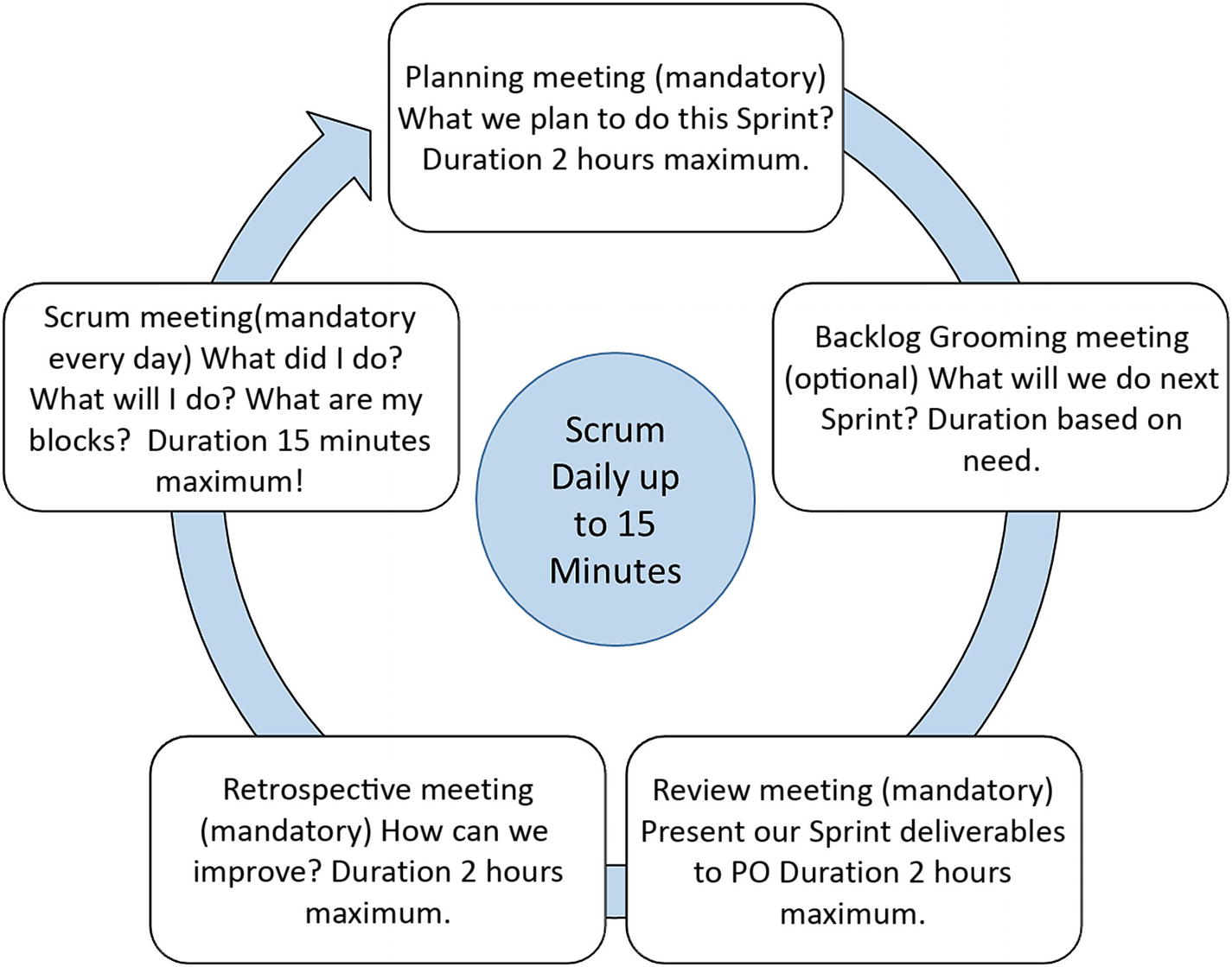 Backlog grooming (optional) during execution of the Sprint N: The PO will introduce new backlogs if required and this meeting will be an opportunity for the team to ask questions about backlogs for the next Sprint (N+1).

Sprint review (mandatory): The ScMa and the team present to the PO all the backlogs that were committed this Sprint, and status according to the DoD.

Retrospective (mandatory) team meeting: Team members discuss what went wrong, what went well, and if anything should be changed to improve team performance—also used as a meeting to release some steam. (Can be executed every second Sprint in case of short Sprints.)

Scrum meeting or Stand-up (mandatory): a short daily meeting where team developers answer three questions: What was done since the last meeting? What are the blocks? What will I be doing next?

Now, Story points are estimates of effort assigned to user stories based on the amount of work, complexity, uncertainty, and risk.

Eventually, the team will learn how many story points it can take during a Sprint and it will be considered as team velocity. To measure the velocity, the average of the last three Sprints can be used.

From my experience, the story points were always given in the first day of the sprint, the planning meeting. Of course, sometimes developers realize the story would actually be worth more / less story points (that is mentioned in the retrospective meeting) but generally speaking, because that's a group decision and these conversations increase the team’s knowledge about each story, which will help to make the estimates more accurate.

Not the answer you're looking for? Browse other questions tagged scrum agile user-stories story-points or ask your own question.

6
To what framework do "User Stories" belong?

3
How does the team deliver consistent velocity when user stories are de-scoped mid-way through a sprint?
5
When should I assign 0 and 0.5 story points to user stories in Scrum?
3
Capacity planning creating confusion when the team is estimating in Story points
15
How to use Story Points, if User Stories are completely different?
4
How can you estimate workload for scrum when you have 4 disciplines in one team
2
Creating 'User Stories' when a developer needs to learn how to use the tech to complete it (Scrum)
7
How to manage story points when several developers work on 1 story?
4
How to get team agreement about what story points mean to said team
5
How to break down an 8 point story into smaller stories in Scrum?
2
How can we persuade team members to estimate in story points instead of hours?