What software can I use to make it easy for developers on my project to vote? [closed]

I am working on an open source project, and we are looking to make changes to the way we do version control.

I want to propose several systems, and have the developers vote.

What would be a good platform for doing this, where the developers would not need to create an account to vote on something...

EDIT: Does anyone know of a system that either implements with GitHub or Google login, or allows me to block repeat IP ranges, refreshes, etc.?

I suggest that, rather than voting, you work with your developers (or just senior developers if the team is too large) to get a consensus on how to amend the way you do version control. The reasons for this are (in no particular order):

Remember that your developers are key stakeholders, just like your customers. In fact, if you look at changing the version control system as a project in and of itself, they are the customers. Engaging them in a discussion and achieving a consensus on why changing the version control system is beneficial, precisely what should be changed, how it should look at the end etc is IMHO better than presenting them with a short-list of alternatives.

If you are all on the same Exchange server, just use the Outlook voting options. Otherwise, something like Google Forms would be a great idea.

And for activity #4 I would suggest SurveyMonkey. I use it in similiar situations and it also has a "Other/please specify" option (in case you really do not want to stick to researched solutions only).

If you consider something long term as well, I would propose two options, both open source:

Another thing you can consider is checking with CMS/wiki software. Perhaps you have something already. I'm sure about Joomla (easy survey module), and I'd be astonished, if Drupal didn't have an add-on for that too.

You never get the best answer by voting. Because not all your developers are experts in version control systems. It is better to get a group of the most competent developers and let them achieve a consensus. No software is required for that.

Another long-term solution is http://www.osqa.net It satisfies all your requirements.

I am one of the developers of PollUnit.

With our tool you can quickly prioritize tasks or find decisions with the least rejection (or highest acceptance). 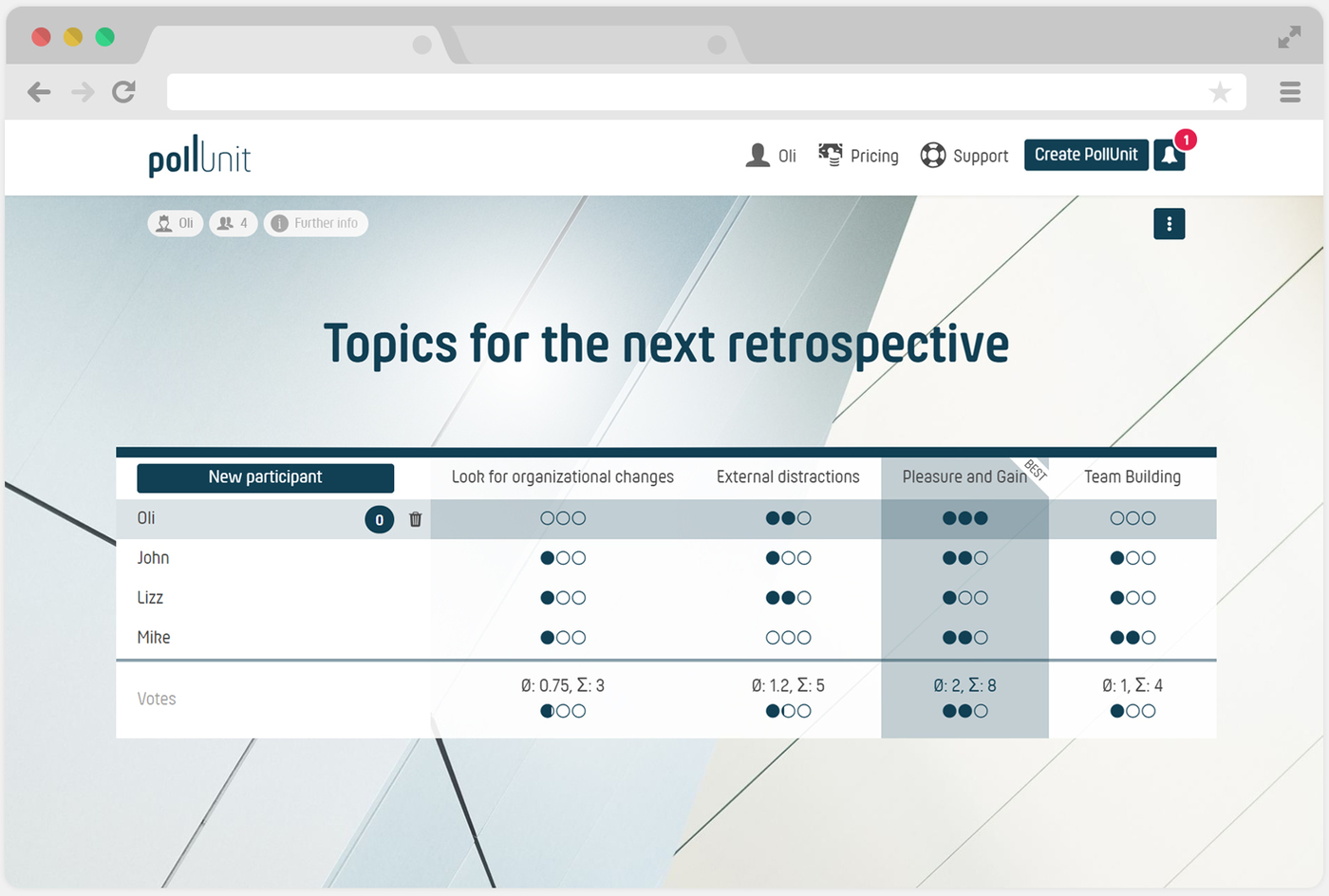 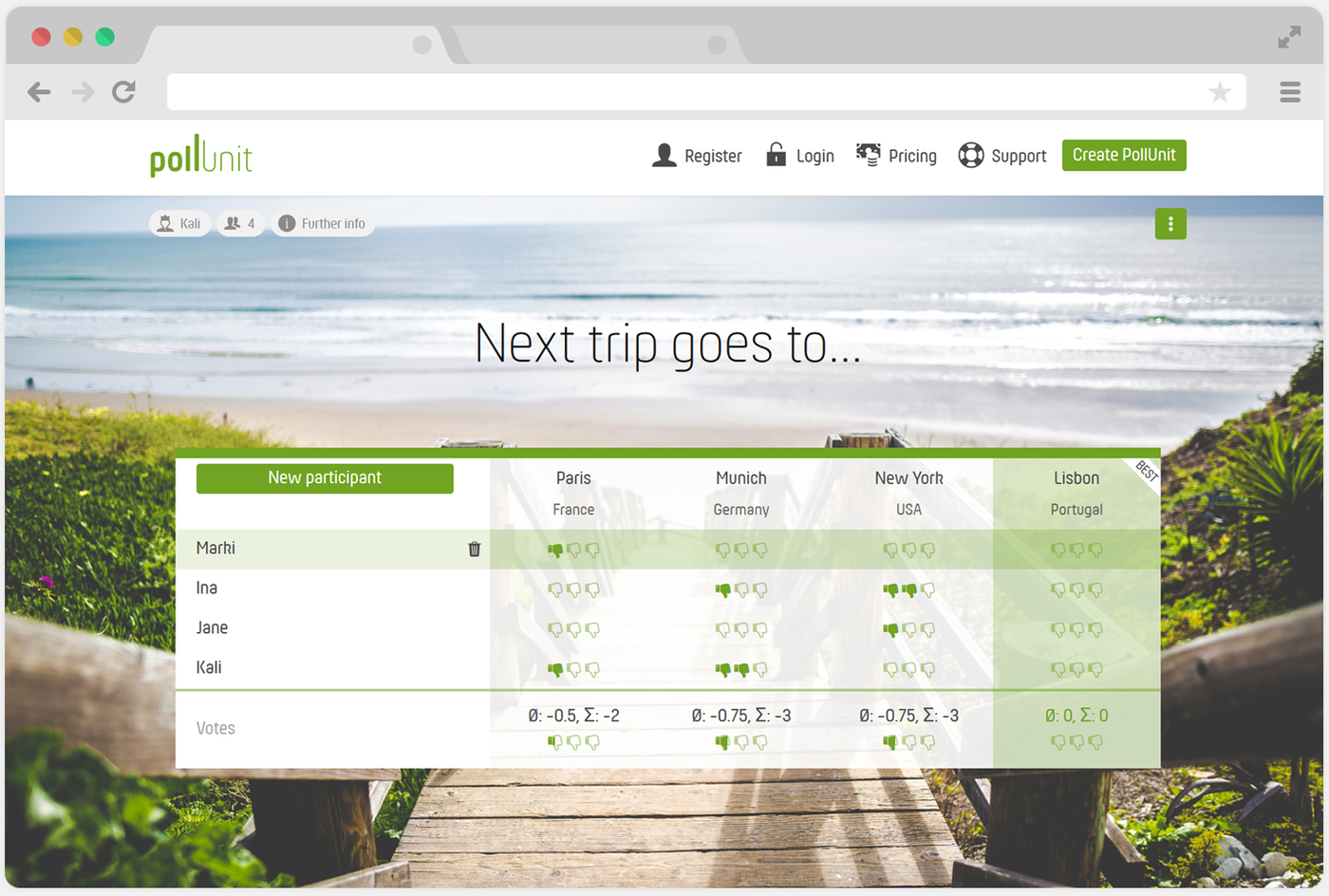 Not the answer you're looking for? Browse other questions tagged software-development open-source or ask your own question.

11
Is Redmine sufficient for light to moderate project management? If so, what plug-ins are required?
16
How to make better software developers out of less-than-average ones?
4
Software project workflow template for the lonely programmer?
9
What software quality KPIs do you use?
14
How do I organize a team of “shadow" software developers (think ghostwriters)?
7
Developers don't like to estimate. What can I do to improve the process?