Most suitable project management tool for a freelancer [closed]

I've been using JIRA for my project management since about a year. Before, I used Basecamp which was pretty useful, but someday I found out I needed time management and other more complex features.

Let's take the fact that I'm the ONLY user on my JIRA instance into account.

I've been trying Nirvana2 today, and it reminded me that all JIRA's complexity has became more of a "time hog" than a quick and efficient GTD utility.

I'd just need simple stuff like, project management, task management (maybe with tags or something that makes the sorting easier). Attached file management, time management and reporting capabilities would be a good plus.

The question I'm asking myself today is:

For a freelance software and web developer, what would be better to use? A complete Agile solution such as JIRA and Redmine, or a simple tool like Basecamp, Nirvana2, etc?

Thanks for shedding me some light of yours.

edit: I discovered Nirvana2 and Teambox which seems to be awesome...

Like others, I agree that it's best to keep it simple. I would take a second look at Basecamp since they just updated their UI and added a slew of new features. While it may not have everything out of the box, it's extremely flexible. Need better time tracking/invoicing? Integrate it with Freshbooks or Harvest (I've used Basecamp/Harvest in the past and was extremely pleased). There are even some solutions for reporting capabilities: https://37signals.com/extras#basecamp

While I understand it's not "one" app in one place, it may be beneficial. When you're in Basecamp, you can focus just on the project/tasks without the clutter of everything else.

As said, when I was a freelancer I used Basecamp/Harvest and loved it. However, I now work for a company and just rolled out JIRA, and while it's more complex than Basecamp we can finetune it exactly to the company's needs (with Bonfire being a big part of that).

As a freelancer you need a personal task manager with ability to track time in order to bill your customers. I would suggest Eylean board as it is free of charge for personal use and it contains integrated time tracking alongside other cool features for effective production. 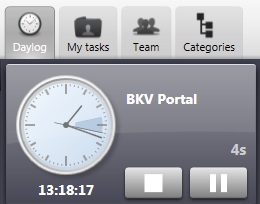 If you are the only person working on the project, use a simple tool designed for one person or smaller teams.

Our organization uses JIRA, but we have a lot of people with different needs, so for us, JIRA makes sense, but when you're one person and you don't have hours to sit and be the JIRA administrator, you need something that works with you without feeling like you need to hire an assistant just to keep your project updated.

Basecamp is a great tool for smaller teams. So is Trello. In some cases, you may even be able to get by with a Google Doc or a Spreadsheet. They're free, and can be configured for almost any purpose.

I do freelance work as a side job, and I've never used any paid software, unless the client provided it. Of course, what you use ideally depends on the complexity of what you're working on and how many people you're communicating with.

No matter what you choose, go with something simple.

I use Plantasker.com myself and freelance about four to five projects a month. It integrates with Google Apps which is a value add for me and is scaleable as well so when I do need to work with colleagues I can.

I'm a firm believer in simplicity and this system keeps me on track without all the bloat and unnecessary features.

I've tried a bunch of different solutions as a freelancer working alone or with small teams. I haven't found an integrated tool that isn't too complex for my needs. Redmine was a lot of work to set up and felt clunky and slow even when running locally, so I stopped using it.

I use several different apps:

Basecamp for almost every project, but always the client's instance rather than my own. I tend not to keep my personal Basecamp updated when I'm working by myself. Too much work.

For scheduling/estimating I'm using SG Project, which is pretty good, pretty stable, and not too expensive. Sadly there is no demo - it's only available through the Mac App Store. I've used OmniPlan off and on but the latest version crashes constantly (it will crash every time you Undo), and loses data, so it's basically unusable.

For time tracking, reporting, and billing I have been using Freshbooks. Of all these tools, it's the only one that has without a doubt saved me time and effort. A client made me sign up for it nine months ago and I've been happily using the free tier since then. It is pretty bare-bones as a time tracker but you can easily convert your tracked hours into an invoice and it keeps a running total of the money you've earned which is a nice motivational tool.

Tried Harvest for this as well, but I didn't like it nearly as much. It was less friendly and just felt like another burden. It didn't help that the iPhone app would consistently screw up my timesheets. Haven't used it since March 2011, so they may have improved it since.

My company uses Kanban Tool - online task board with support for real-time collaboration. The interesting capabilities of this solution include:

Additionally, we use Google Drive and JIRA.

You may want to just track things in Google Drive as a spreadsheet. It's free, it's always accessible, simple, and can be easily customized for whatever you need to track.

If you want something more advanced, I would recommend Leankit, which is dead simple if used as a 3-lane kanban tool. It has lots of visual cues (colors, icons) which makes it easy to understand what kind of work is ahead of you at a glance.

If it's a software development project using GitHub, then it's a no-brainer to use GitHub Issues because of the integration.

I use Github for my personal projects. Github issues works pretty much like a backlog and you can add the project's milestones.

I searched for "one" tool to cover all bases; Project Management and the Billing Process with time sheets, AND a full CRM, which is basically covering all the aspects of activities in my business, and i found WORKetc.com to cover all of it beautifully.

The software is not expansive for what they offer. It has email integration, and the popular Google Apps as well. It also has a built-in Help Desk Ticket system, and all projects, emails, bills, quotes, invoices, and uploaded files are interconnected through out the system.

No affiliation… I just was so happy I found it…

It can't do lots of advanced things the other systems mentioned can, but it's universal. Every client you have knows it. Many won't have heard of the others, let alone used them.

As a freelance, ubiquity is the most important thing.

The answer changes if you are a long term employee.

Not the answer you're looking for? Browse other questions tagged agile pm-software software-development or ask your own question.