Managing a Product Owner in a not-yet-agile organization

When my company was acquired, my 20-person development team gained a Product Owner who is energetic, engaged, and extremely idealistic. While many of the programmers on our team are familiar with agile principles, our methodology has been eclectic rather than agile, and we have delivered high-quality products on time for almost 10 years. Our programmers work on more than one project simultaneously, and all projects are not in this PO's area of responsibility.

We've "gone agile" in that we work in 2-week sprints from a backlog of prioritized user stories (not broken into 2-week size). The PO wants to know how many hours programmer X has available during each sprint and exactly what he will do with them. He wants demonstrations of features completed at the end of each sprint, and if an implementation is more complicated than we expected and something isn't done, he considers that we have broken our commitment.

I've been reading about the Product Owner role in hopes of finding language to tell this person, "Your role is to set the goals and priorities, not to manage our time at the level of hours. You need to focus on making sure the user stories are clear, and then leave us alone for a sprint to do our jobs unless we have questions." However, the more I read, the more I think maybe he's not overdoing the role per se; rather, the whole problem is that he's performing it too enthusiastically in an organization that isn't following his methodology and isn't convinced it will improve our output.

My specific question: Is my statement above about the PO's role legitimate? In a truly agile environment, does the PO go to the level of saying things like, "OK, we have 40 person hours of work for Arthur and 32 person hours of work for Candace, and since they're each supposed to be half-time on this project, they should finish that work by the end of the next sprint." ?? I know we have a lot of issues to resolve, but if you all tell me that this guy isn't over-stepping his role as a reasonable PO in an agile environment, our group might find a way to be less resentful.

It really sounds like the Scrum Master and the Product Owner have both bought into the velocity and utilization trap. Break the cycle.

Not his business in a Scrum shop. He is part of the Scrum team, but he's not in charge of story assignment or team organization. A Scrum team is self-organizing (when it's working well), so this is a no-no.

He wants demonstrations of features completed at the end of each sprint[.]

This is legitimate. A Sprint Review is a standard Scrum meeting, and definitely part of the framework. It should be focused on completed, user-visible features, but that's somewhat of an implementation detail. The critical thing is that the Sprint Review is the opportunity to show the Product Owner and the stakeholders what's been completed during the most recent Sprint.

[I]f an implementation is more complicated than we expected and something isn't done, he considers that we have broken our commitment.

Maybe, and maybe not. There are several issues wrapped up here. Let's look at them.

How to Handle Failing or Failed Sprints

The PO is wrong in making this a blame issue, though. The Scrum Master's job is to use the Scrum process to manage everyone's expectations during and after a failed Sprint.

If a Sprint is in danger of failing, the PO should be involved ASAP. The Product Owner has several options:

Neither option should be a "blame game." Having to renegotiate or restart a Sprint is a common occurrence in Scrum, especially with teams that are new to estimating. It is usually a result of some or all of the following:

The 100% utilization anti-pattern is what concerns me most. You say that the Product Owner says things like:

This is a double fallacy. First, the Product Owner is not permitted to estimate work-effort for the team. His role is to prioritize stories, and to work with the rest of the Scrum Team to adjust scope or delivery dates to meet business requirements based on the Team's estimates of the amount of work involved.

Secondly, a successful Scrum Team is self-organizing. If the Product Owner is assigning work, attempting to implement 100% per-person utilization, or otherwise micro-managing the Team's intra-Sprint processes, then the Scrum Master must:

The goal of Scrum is not to maximize feature velocity or resource utilization; the goal of Scrum is to manage the Cone of Uncertainty involved in large or complex projects, and to create a sustainable pace of work based on increasingly-reliable story estimates. In other words, reliability and consistency trump speed; the speed evolves as processes, estimation practices, automation, and work-flow improve over time.

Well, in a Scrum environment, or in any other project environments for that matter, the product owner should not estimate the tasks for the developers. People doing the work should be providing estimates, especially when decomposing stories into tasks. This is even more important in Scrum where the team is self organized.

In addition, since you are just getting started, you probably don't have a handle on the team velocity (how many stories the team can implement in an iteration) and this makes the product owner's statement even more ludicrous.

It is perfectly fine for the product owner to share an opinion, but one should not confuse estimates with target.

It may be the right time for your group to review the 10 Deadly mistakes of Software Development. :-) 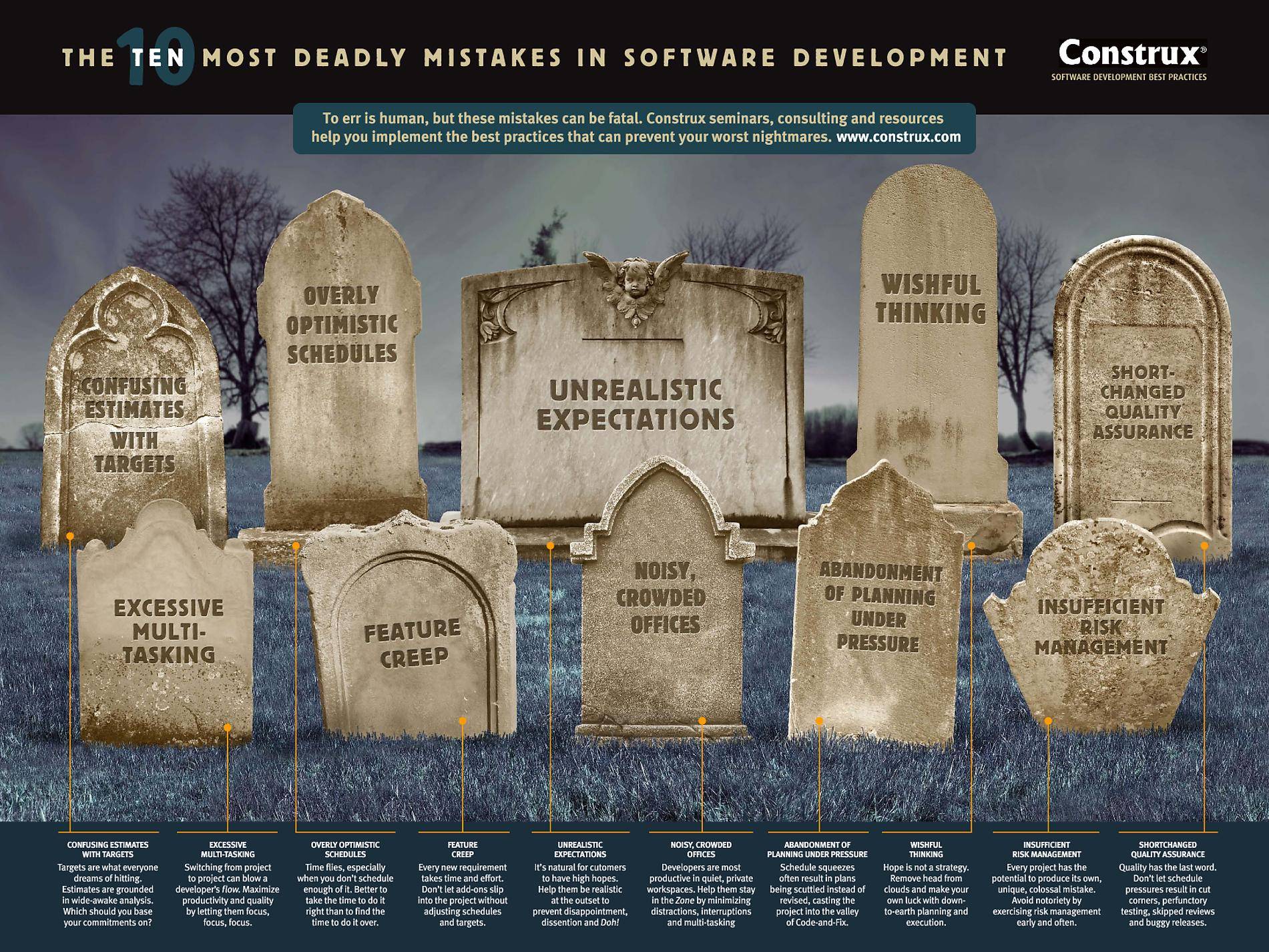 Speaking of boundaries, this is often overlooked when drafting role descriptions. Most just write to responsibilities. They forget about accountabilities and boundaries.

Because you are complaining, it sounds like the PO is overstepping your perception of where the boundary is between his role and the agile team lead's role.

Your answer is not found about what is right in an agile environment; it is found by properly establishing firm role descriptions for the organization.

In short, agile methodologies like Scrum or XP usually split responsibilities into 3 parts:

So if you - I mean your company, team, PO, etc. - explicitly decided to use such a methodology - but you did not - there should be no doubt about what is everyone's responsibility. In this case the Product Owner should not (have to) deal with the HOW part at all.

The role of a Scrum Master is important here as he will make sure that nobody crosses the line. For a Scrum-focused answer you should also read the question "Why can't the scrum master and the project manager be the same person?" which features very interesting answers.

My understanding of your question is that the Product Owner was kind of dropped into your team deus ex machina. If I understand well then there might be a misunderstanding in role definition that you must try to clarify. David Espina's answer is pretty clear here on this point. "Product Owner" is just a name after all...

If your PO used to be a command-and-control project manager, he might have trouble with becoming "only" a PO. He is used to having lots of metrics related to individual work that allow him to monitor the progress of the project. Try to understand why he wants to collect these data and how you could provide him relevant indicators that would achieve the same role but at a higher level (velocity, throughput, cycle-time, etc.)

He might also want to make sure that everybody is 100%-loaded. Please refer to CodeGnome's answer on that point. Also read Pawel Brodzinski's article A Myth of 100% Utilization.

If your Product Owner often wants to go to this level, then there might be a trust problem between him and you. Maybe your lack of experience with Agile projects, his experience with non-Agile projects or a possible broken commitment earlier in the project makes him reluctant to trust you and your team. Under business pressure, he might want to "do it himself".

In this situation you want to sort things out quickly, since this lack of trust is likely to kill your project.

Is my statement above about the PO's role legitimate?

Not the answer you're looking for? Browse other questions tagged scrum resource-planning sprint product-owner sprint-backlog or ask your own question.

81
Why can't the ScrumMaster and the project manager be the same person?

10
Participants of sprint planning meeting - Is it essential to involve part-time team members
5
Committing the Product Owner to a sprint backlog with a contract
6
How to improve a Scrum-Team with a Product Owner who lacks authority
3
Which strategies I can use to handle tickets during a scrum sprint?
10
Is it okay to have a sprint where the team commits to zero story points?
10
Is dedicated product owner mandatory for a agile scrum team?
6
Should a Product Owner be present for all retrospectives?
5
How should a Scrum Master handle a Product Owner who micromanages the team?
7
How to deal with the situation that some people's work is not fulfilled during a sprint?
8
Why are Story Points of a story not equivalent to days/hours in estimation. In Scrum [Agile]