How to calculate budget margin?

Say a work package (containing several tasks) is estimated to take between 320 (Most likely) and 480 (Worst case) hours of work (not duration) to complete. Because of some dependencies and the schedule and budget risk involved, you think it is wise to add an intermediate buffer at the end of this work package, besides an overal margin at the end of the project.

How do you determine or calculate this individual work package margin?

And what would be your justification for the proposed method? And your success rate ;-)

For me the real question is how good your estimates are. If they are wild-ass guesses nothing will really save them.

Other two seem better to me but they also are more tricky:

If I'm not missing something you do need to use historical data (estimates versus real working times) at least in a couple of proposed methods. If so, my idea would be to use Monte Carlo simulation against your estimates to calculate new, better estimates which include your track record. There's a great article about evidence based scheduling which describes how you may do it.

In this case I would work on schedule you feel good with (whatever probability level makes you feel good). Then if you need some additional safety catch I'd add buffers which are based on schedule with higher probability of success. For example, after Monte Carlo simulation you get following results: 70% probability that you complete work package in 390 hours and 90% probability it'll happen in 475 hours so you have 85 as your buffer.

If you want to split this buffer into a couple of parts after some work is done simply split your work package into smaller parts and do the same analysis for both parts independently and add the result at the end of each one.

Note: I would prefer just to go with 90%-probability schedule instead of adding buffers to less probable one.

I use approach pretty similar to evidence based scheduling and it proved to deliver pretty good results as long as historical data is reliable so that would be my method of choice.

I have found a great blog post from Glen Alleman related to this topic, particularly how to use Monte Carlo analysis to calculate risk margin.

You can find it here.

What is "intermediate buffer"? What is "overall margin at the end of the project"? There is no such thing as "margin" for a work package.

The terms used in the question indicate that padding is used, which is a problem. In order to avoid padding and keep your schedule/cost realistic you should do risk management. Identify and document all negative and positive (!) events, which, if they occur, may change cost and/or duration of your work package. Estimate probability and impact of these events. Manipulate them all together outside of your work package. All together they will affect your contingency reserves: 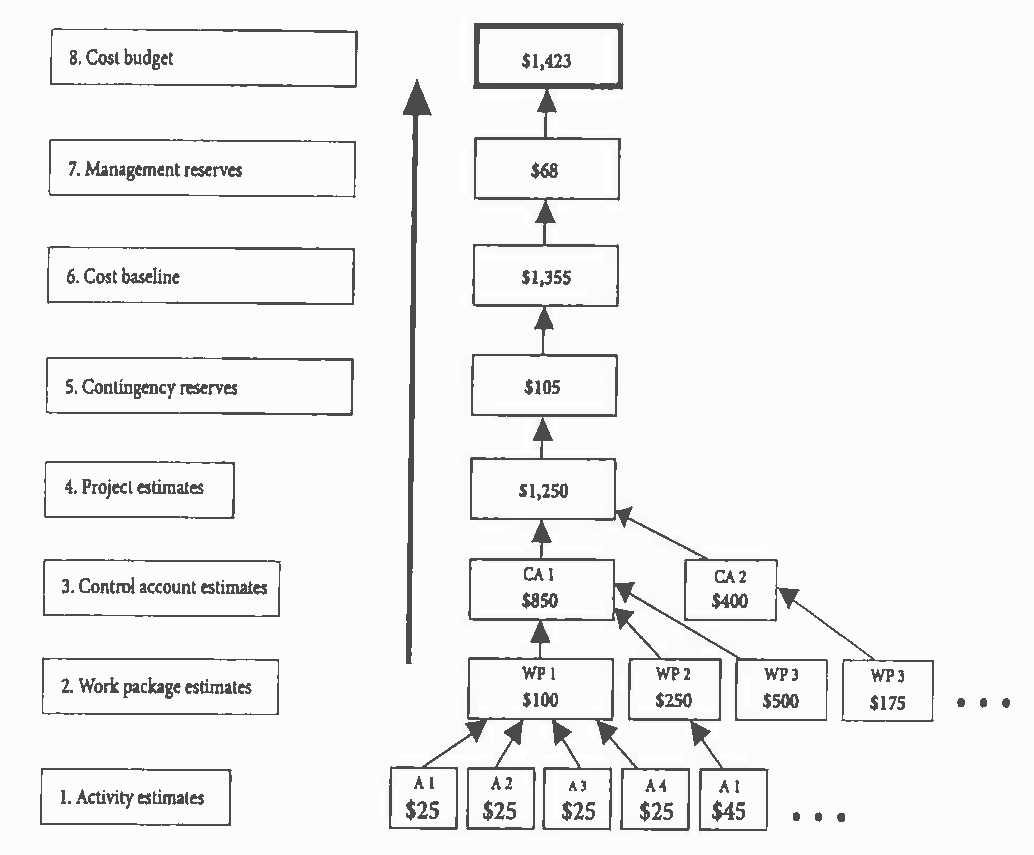 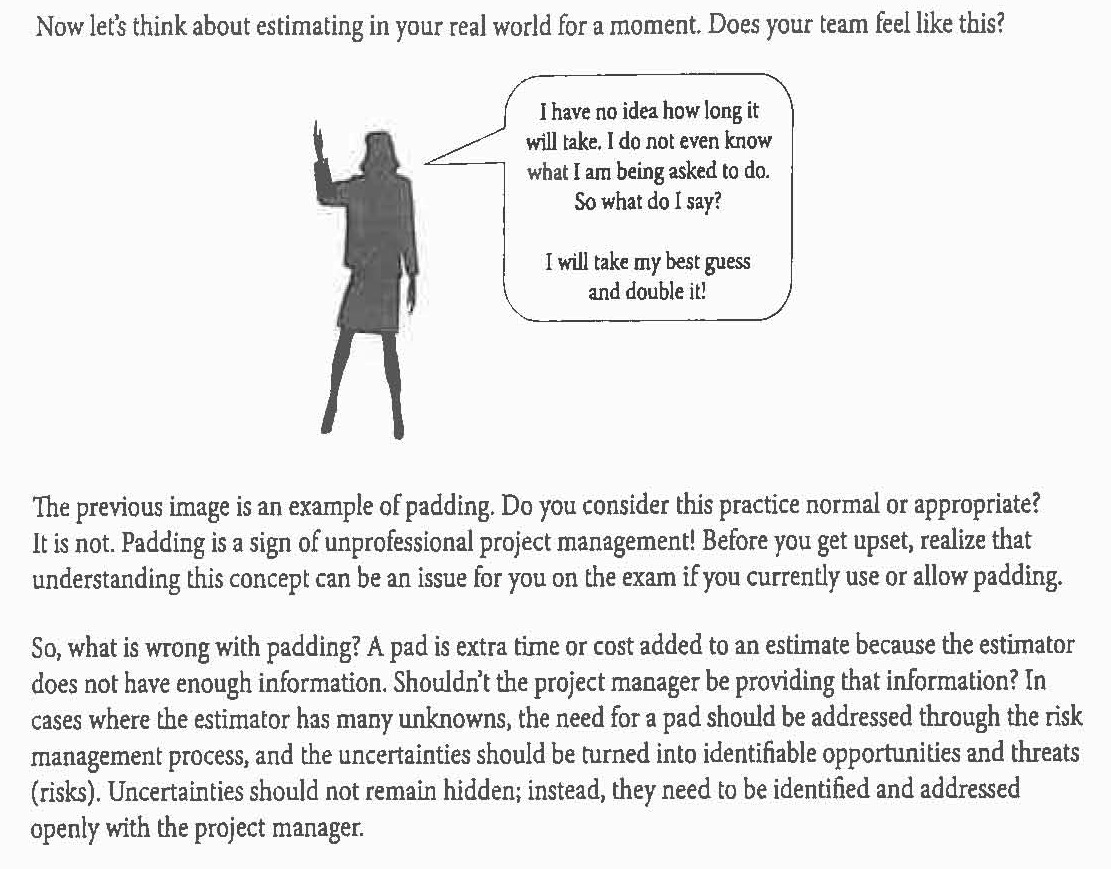 I would use the difference between a rough weighted average of the likely and worst case (320 and 480) and the most likely (320). The weights for each one would depend on how severe the downside is if the task runs late.

For example, you mentioned budget risk. If the cost of being late would be huge, use a weighting like 10% and 90% for Most Likely and Worst Case, respectively. If the downside isn't all that bad 50/50 and if its minimal 90/10

I've used this approach many times (for mostly internal calculations) since it accounts for the potential impact of tardiness and gives you room.

What I think is very interesting in that regard is what Jurgen Appelo described in his blog: http://www.noop.nl/2009/07/your-project-will-suffer-from-power-laws.html

You might want to consider that as well, since it contains a lot of insight.

Not the answer you're looking for? Browse other questions tagged planning risk scheduling schedule-risk or ask your own question.

4
When is it okay to pad estimates?

2
Making a budget and time plan for a software project
8
Buffers, tolerances - how do you approach them in your project management practice?
4
How to do risk profiling?
2
How do you calculate extra costs incurred if a project overruns its schedule?
1
How to calculate Critical Path including Std Dev for each activity estimate?
7
How to deal with scheduling/control when task insertion (vs task duration) is primary risk
4
How to deal with a client who does not respect PM practices, yet wants a PM?
2
How to calculate project finish date with fixed work and different date of resource availability
1
How can I calculate duration and price for the development of SW product?
2
Calculate hours for project