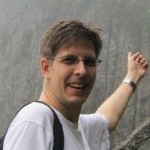 Developer who has tinkered with software since the second half of the 1980's, gathering a broad range of experiences on the way (mostly different flavours of basic and pascal, some minor assembly programming and working with higher memory and graphics modes, pointer hackery-pokery, etc). Mostly interested in advanced topics such as AI, compiler development, mathematics, interfacing with hardware, using CPU extensions, etc. Worked a lot with Delphi (version 6 up to XE10.1). Lived in Shanghai for half a year and since beginning of 2017 making a switch to c# dotnet core and webdevelopment using typescript and angular. Also specialising since 2014 in Scrum and topics related to the management of software development.

We respect a laser-like focus on one topic.

0 Should Product Owner be present on all retrospectives? Apr 24 '15