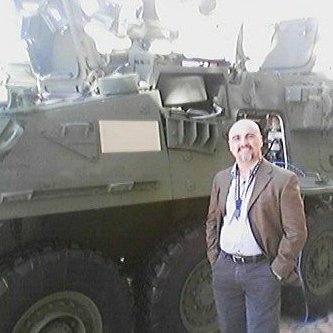 Computer Scientist, Software Engineer and developer since 1994, Java/JEE from 1998 till 2009, C/C++ (UNIX and Win32), CORBA, software architecture, network protocols (layer 3 and up) with a defense contractor (General Dynamics C4 Systems) from 2010 to 2013. Then some C#, C++11 and WinRT C++/CX at Citrix doing mobile and desktop app/virtualization work.

I've pursued a MS in Computer Science (with focus on security in distributed systems). Then some grad studies pursuing a MS in Electrical and Computer Engineering. Hopefully I'll resume my studies and complete a MS in CS, or branch out into a MS in MIS (depending on the conditions on the battleground.)